When an image of fine liquor in a snifter comes to mind, who is drinking it? Your dad? Your lawyer? A suit from Mad Men or Ron Burgundy from Anchorman? It is a masculine drink, is it not?  Scotch can be perceived as exclusionary and only to be consumed by the elite. Many of the brands come in ornate cylindrical packaging that can add more to bolster its highfalutin image.

Some shoppers may even avoid the aisle altogether and detour toward the more familiar American whiskey like the ever-popular Jack Daniels. If you’re shy about it, you’re not alone. However, it is loved for a reason and being a little curious to try something new might open up a new world for you. It’s a creation with a distinctive character. Let’s hope the pond over to Scotland and learn all about Scottish whiskey!

How It Is Made

A batch of Scotland’s whiskey takes at least three years to make. It does not earn its legal right to be called scotch until it has been stored for three years. Making this Scottish export is a straightforward process.

The process begins with barley. The processed barley is cooked and ready for malting. Malting activates germination in order to extract the sugars inside the barley grains. The barley is malted by soaking and then drying it for three weeks with heat from underneath.

Peat is a soil-like organic material made from decomposing vegetation. Peat was used as a fuel source for heating the barley in the drying process. In the early days, when the peat burned, it gave the barley its smokiness. The modern method of barley drying is to place it into drums with peat added to give it the smoky flavor people are used to.

The barley mash (cooked grain and malted barley) is then ground and mixed with water and yeast.

This mix will be used to make beer in a mash tun. The sugary solution, or wort, moves from the mash tun to a washback. The wort is housed in the washback. After three to four days in the washback, the contents will reach a level of about 10% alcohol and become distiller’s beer also called “wash.”

The wash is then heated until it vaporizes. As the water is separated the solution, the alcohol is collected separately in this distilling process. Finally, we’re getting somewhere! The “new whiskey” also called “high wine” is ready to be stored and aged.

The whiskey is stored in charred white oak barrels and must remain in these barrels for at least three years. Some batches will be aged for a decade or more to develop its full potential! Once a distiller decides the whiskey is ready, it is bottled and ready for sipping. 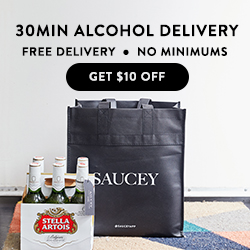 Whiskey production in Scotland dates as far back as 1494. In those days it was given the name “aqua vitae” which means “water of life.” Monks were the whiskey spirit craftsmen of that time. It was considered a health product. Early Scots used it to treat colic, palsy, and smallpox. Not only did it keep winters warm, it was also believed to lengthen life expectancy.

In the 17th century, whiskey became so popular that the government began to tax it. Distilleries considered these taxes to be oppressive and began to bootleg their product. Many distilleries were not able to stay in business because of taxation. Glenturret is the oldest surviving distillery and was established in 1775!

Scotland’s whiskey is now an international favorite. Various countries have their own version of whiskey, but the only whiskey from Scotland can be called scotch! This world-famous spirit is sourced from five different regions each having formed a distinctive character of whiskey product.

Highland is the largest region in land size. 25% of whiskey is made in this region’s 30 distilleries. Royal Distillery is a home to producers who have earned the prestige of being called.

The Highland region produces a diverse range of aromatic whiskeys. Some are light with a grassy quality and some are heavily sherried. Also, they tend to have a robust, nutty flavor with hints of honey.

There are over 40 distilleries in Speyside. Diageo’s Roseisle is the largest distillery in Scotland. This region produces the world’s bestselling single malt brand, Glenfiddich. Other well-known brands to come out of Speyside are Glenlivet and Macallan. Speyside produces 60% of the whiskey product in Scotland. Their process includes the use of sherry casks which gives the whiskey its distinctive fruitiness and nuttiness.

The taste of the product coming out of Speyside can be described as fruity with notes of vanilla, nutmeg, and oak.

This is the tiniest region, yet they managed to fit eight distilleries here. There are plans to open a few more on the island. Legend has it that distillation came from Ireland to Scotland when an Islay Lord married the Baron of Ulster’s daughter.

Islay product is known for being the smokiest as it is produced with a heavy use of peat. This gives it some warmth with notes of seaweed, brine, and apple. It has a medicinal aroma which is caused by sea salt in the local peat.

There are three distilleries in the Lowlands. Their names are Auchentoshan, Glenkinchie and Bladnoch. This region’s producers distill the most and have used a triple distillation process. Mass production affecting quality, tax hikes and American prohibition have caused many distilleries in the lowlands to close over the years.

The light body of a Lowland product can be described as delicate, malty, and citrusy with some sweetness. It can have notes of grass, honeysuckle, toffee, cinnamon, and toast.

Once the home of 34 distilleries, only three are still in operation. The Springbank distillery in Campbeltown makes three different kinds of single malts ranging from no peat to heavy peat with each kind being distilled at least twice.

Campbeltown product is known for its peaty and dry quality. Batches produced close to the sea have a saltiness. It can also have notes of dried fruit, vanilla, brine, and toffee.

When strolling the scotch aisle at the store, you will see that much of the selection is single malt. This means that the whiskey is the product of a single distillery. This does not mean that it is not a mixture of different products. The pure unmixed product is a bottle labeled as single-barrel.

With so many distilleries hard at work to create the finest scotch, it would be a shame to not combine them make a recipe that allows the malts to bring out the best in one another. So we have blend makers who take distillery product and make their own formulas.

How to Drink Scotch

A dram is a serving of scotch. Drinking it “neat.“ is a pour of it with nothing added to it. Drinking it neat from a snifter traps the bouquet allowing the consumer to get a fuller sense of its character. Sometimes adding a bit of water to the dram will change the flavor for the better and unlock hidden notes.  For those who are drinking liquor on ice will be served “on the rocks” can enhance the flavor. But, more than two ice cubes can take away from the flavor.

Some connoisseurs like to enjoy a fine cigar while they sip a dram/ Like pairing wine with cheese, there are also pairings for scotch and cigars. 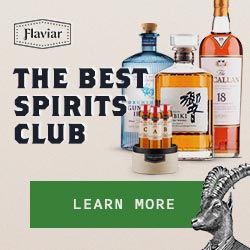 While some would never dream of drinking it in a cocktail, scotch is the key ingredient of some popular bar recipes. Cocktail names like these seem to suggest a riveting Scottish folk tale!

Pick Up a Bottle

Hence, feeling adventurous yet? Stop by a retailer like Total Wine and see about snagging some samples. Or ask for a recommendation from a friendly staff member. With a reasonably priced starter bottle then they can get you set up. Scotch could very well be your next favorite sipping a beverage, but you won’t know until you try?